The fast-advancing technology on the whole, has given impetus to developments in various fields and improved the quality of human life.

Technology is being invaded into literally every phase of human life.so why not in money exchange!

from this thought we get the concept of cryptocurrencies!.The cryptocurrency with the most fan-base is obviously the Bitcoin.the talk of the town is currently bitcoins.

It’s like an online version of cash. You can use it to buy products and services.The physical Bitcoins you see in photos are a novelty. 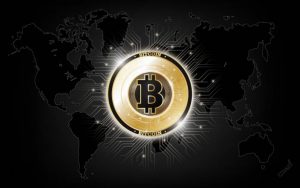 They would be worthless without the private codes printed inside them.It is the first decentralized digital currency the system works without a central bank or single administrator. Bitcoins are  sent from user to user on the peer to peer bitcoin network directly,without the need for intermediaries

How does it work?

Each bitcoin is a computer file stored in the digital wallet app on either computer or smartphone.People can send Bitcoins (or part of one) to your digital wallet and you can send bitcoins to other peoples.From a user perspective, Bitcoin is nothing more than a mobile app or computer program that provides a personal Bitcoin wallet and allows a user to send and receive bitcoins with them.

All these transactions is being recorded in a public list using Blockchain.

Blockchain makes it possible to trace history of bitcoins to stop people from spending bitcoins that they do not own.It allows every user to validate the transaction.The authenticity of each transaction is protected by digital signatures corresponding to the sending addresses, allowing all users to have full control over sending bitcoins from their own Bitcoin addresses. In addition, anyone can process transactions using the computing power of specialized hardware and earn a reward in bitcoins for this service. This is often called “mining”.

How are Bitcoins created?

New bitcoins are generated by a competitive and decentralized process called “mining”. This process involves that individuals are rewarded by the network for their services. Bitcoin miners are processing transactions and securing the network using specialized hardware and are collecting new bitcoins in exchange.

This site uses Akismet to reduce spam. Learn how your comment data is processed.